Pete Demers, born in Providence, was inducted into the Trainers Wing of the Hall of Fame in 2007 and entered the U.S. Hockey Hall of Fame as the trainer for the USA Hockey Team that captured the inaugural World Cup of Hockey in 1996.

Pete was a self-described rink rat, having grown up not far from the RI Auditorium as a young boy. He played high school hockey at East Providence and later in amateur circles as far away as Alaska when he skated with the Army Rangers team while stationed there after enlisting in the U.S. Air Force.

Fresh out of the service in the late 60’s, Pete became a protege of George Army, spending 3 years as the assistant to the legendary trainer here in Providence.

Hard work and paying close attention to his mentor’s techniques, along with formal classes to further refine his skills at Brown University, paid off when he was given the opportunity to become the head trainer of the AHL’s Springfield Kings in 1969. Two years later, he was rewarded with the first of his 5 commemorative championship rings when the Kings captured the Calder Cup.

In 1972, Demers was appointed head trainer of the parent Los Angeles Kings. Respected throughout hockey, Pete did not miss a contest in 2,632 Kings games (34 seasons) while tending to the injuries and ailments of the likes of such greats as Wayne Gretzky, Marcel Dionne, and Rogie Vachon, to name a few.

His career saw him serve as 3-term President of the Professional Hockey Athletic Trainers Society (PHATS) and 10 years on the NHL Injury Committee. He was inducted into the organization’s Hall of Fame in 2007 and was a Hockey Hall of Fame honoree later that same year. His induction plaque hangs in the Trainers Wing of the HOF in Toronto.

Pete had the distinction of representing both the United States and Canada at various World Championships. In addition to his selection to the 1996 World Cup staff, Peter represented the USA at the 1998 Nagano Olympics. During the 1984 Olympics in LA, Pete served as the USOC athletic trainer for basketball.

He became an inaugural member of the LA Kings Hall of Fame in 1997 and was presented a Stanley Cup ring in 2012 as the closing chapter of his hockey life. 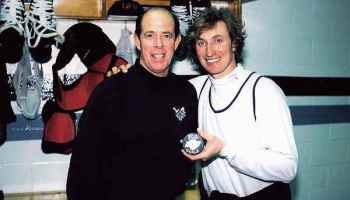 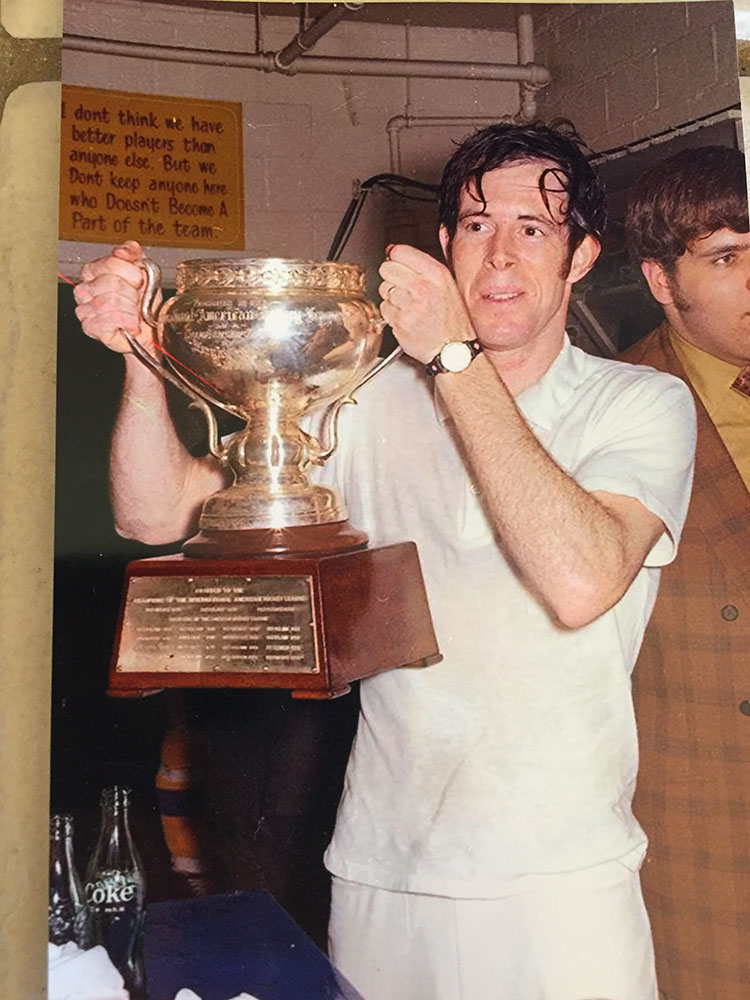 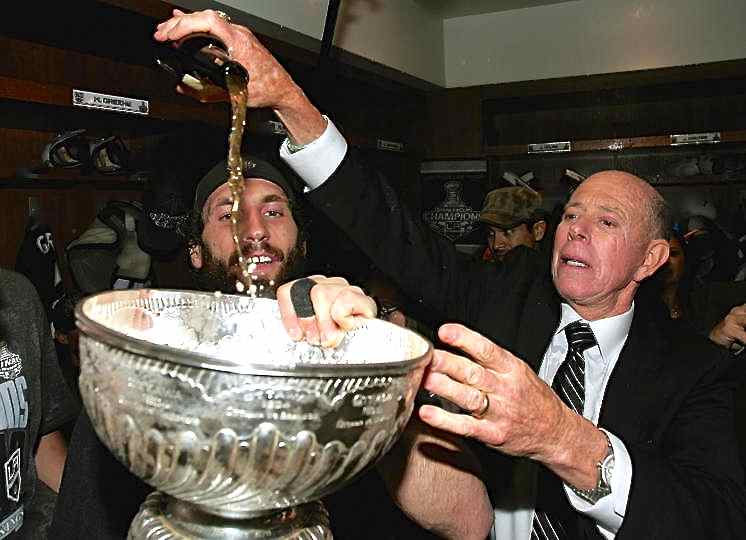 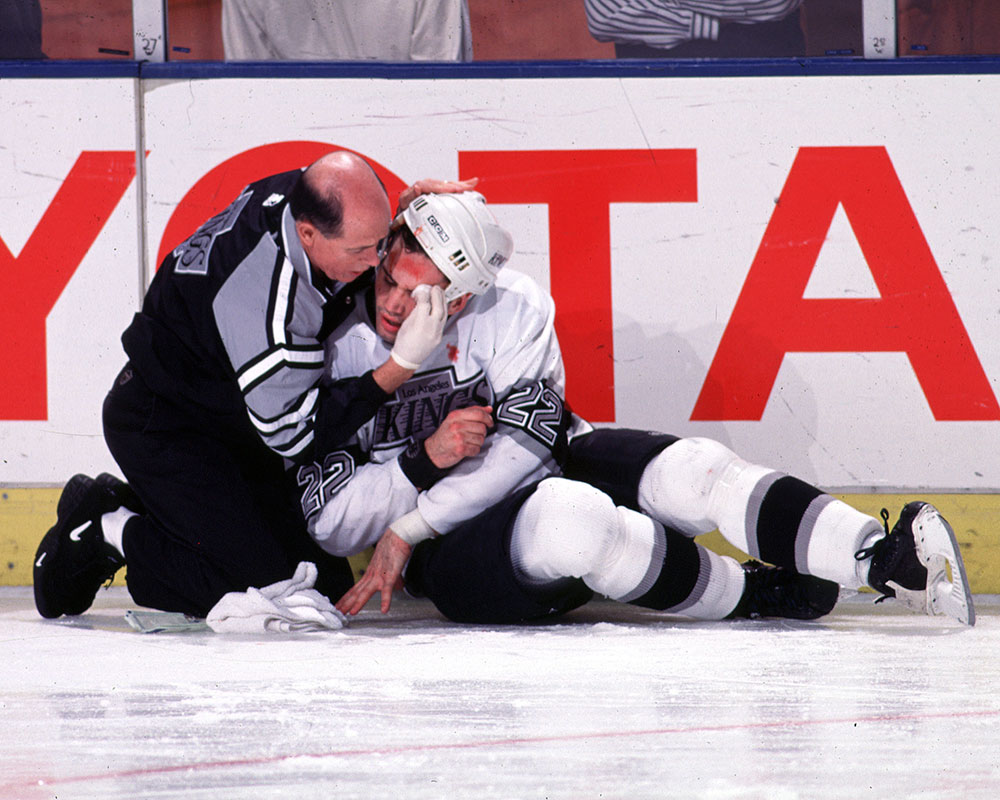 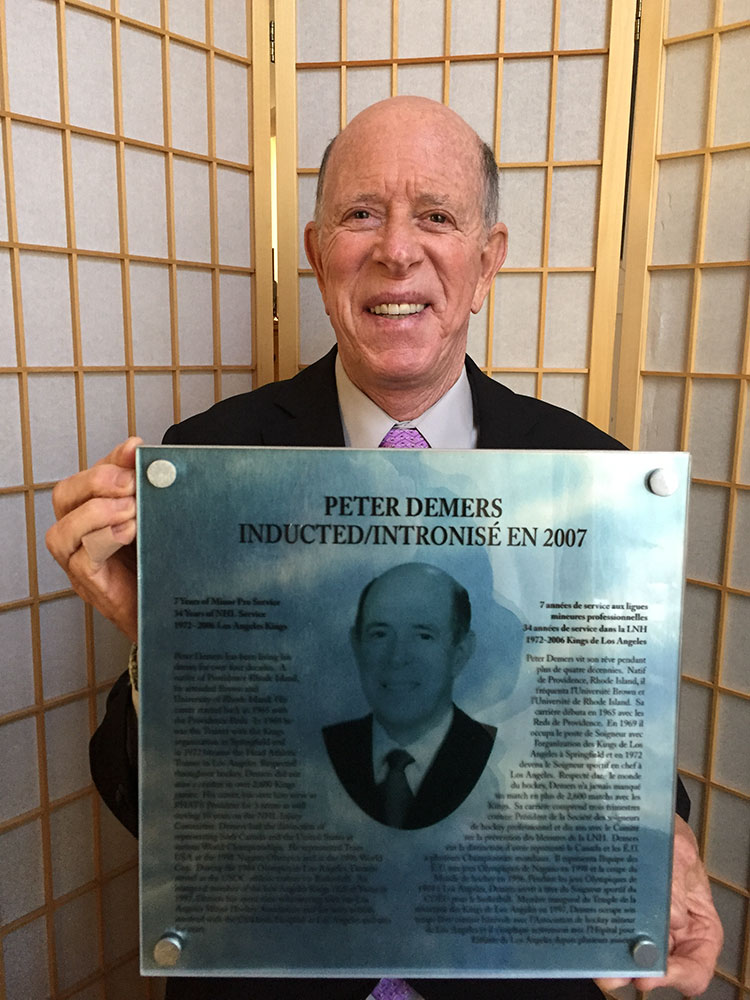