Center David Emma was born in Cranston, RI on January 14, 1969. David starred at Bishop Hendricken, where he was a three-time All-State selection for the Hawks. Dave went on to a decorated collegiate career at Boston College that saw him named to three Hockey East All Star Teams and two NCAA East First All-American Teams.

The highlight of his time in Boston came in 1991 when Emma became the first Rhode Island and Hockey East player to win the coveted Hobey Baker Memorial Award as the nation’s top collegiate player. Over the course of his Eagles career, he led his team to 3 consecutive NCAA appearances and a Frozen Four.

During that time, David became the all-time leading scorer in Eagle history, with 239 points in 147 games, leading BC in career goals (112) and assists (127). He was also the 1991 Hockey East Player of the Year and scoring champion, and was selected by USA Hockey as the New England Amateur Hockey Player of the Year.

His sterling play in the Worlds led to the wearing of his country’s colors in the 1992 Olympic Winter Games in Albertville, France. After the Olympics, Emma reported to Utica, the top farm club of the New Jersey Devils, which had drafted him 110th overall in the 1989 Entry Draft.

In his pro debut season, Emma recorded a point-a-game with Utica earning him call to play with the Devils at the NHL level. The next year, Emma got a longer look with the big club, playing 15 games and tallying ten points.

Out of options with the Devils at the end of 1995, Emma jumped to the Detroit Vipers of the International Hockey League where his 30-goal season caught the attention of the Boston Bruins who signed him to a free agent contract in 1996.

With the Bruins, Emma played just five games, spending the bulk of that 1996-97 campaign with his hometown team here in Providence and tallying double-digit goals. His career took a new direction the following season when he moved overseas to play in Austria, beginning a productive three-year run with KAC Klagenfurt.

In 2000, David returned to North America and the NHL with the Florida Panthers. After playing just six games with Florida, he was traded to the Washington Capitals, but then returned to Europe, signing with the Nurnberg Ice Tigers of the German Elite league. He retired in 2002.

One of the great honors he was accorded was being chosen along with his former Hendricken coach, Don Armstrong, to carry the Olympic torch for Rhode Island and his country on its journey to open the 1996 Olympic Games in Atlanta. 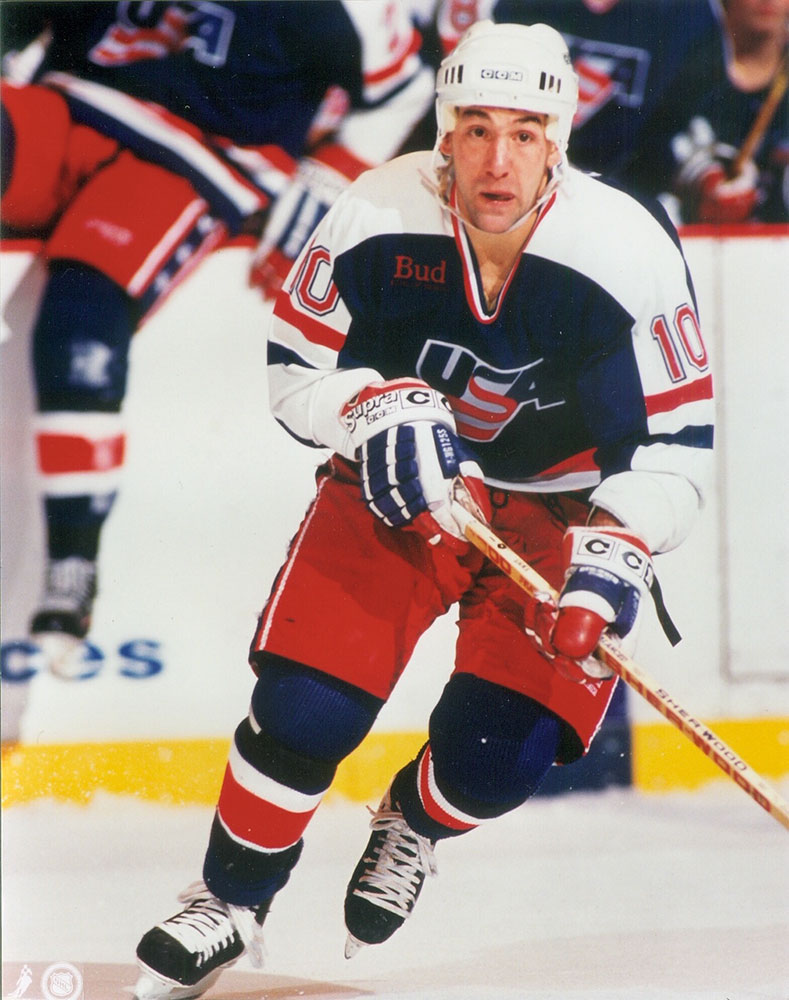 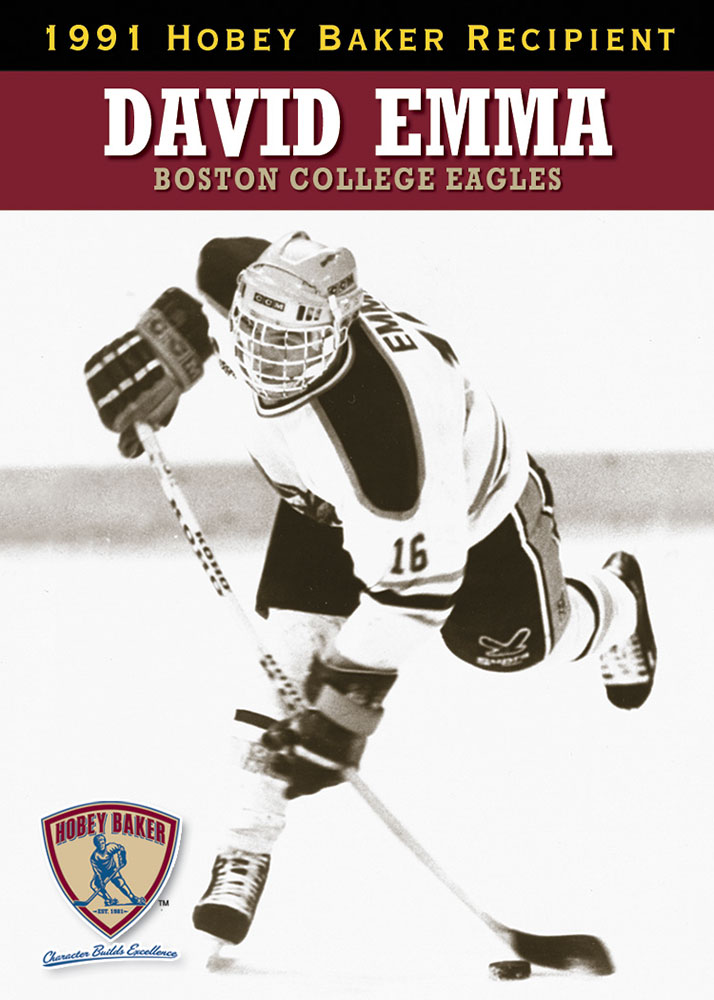 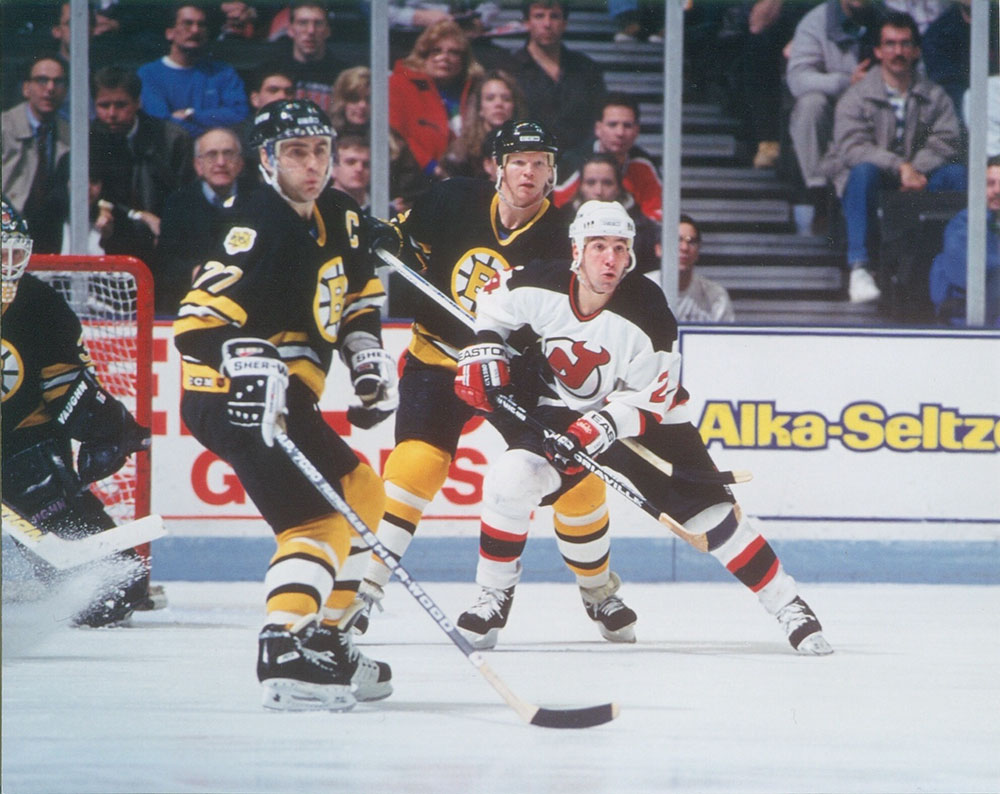 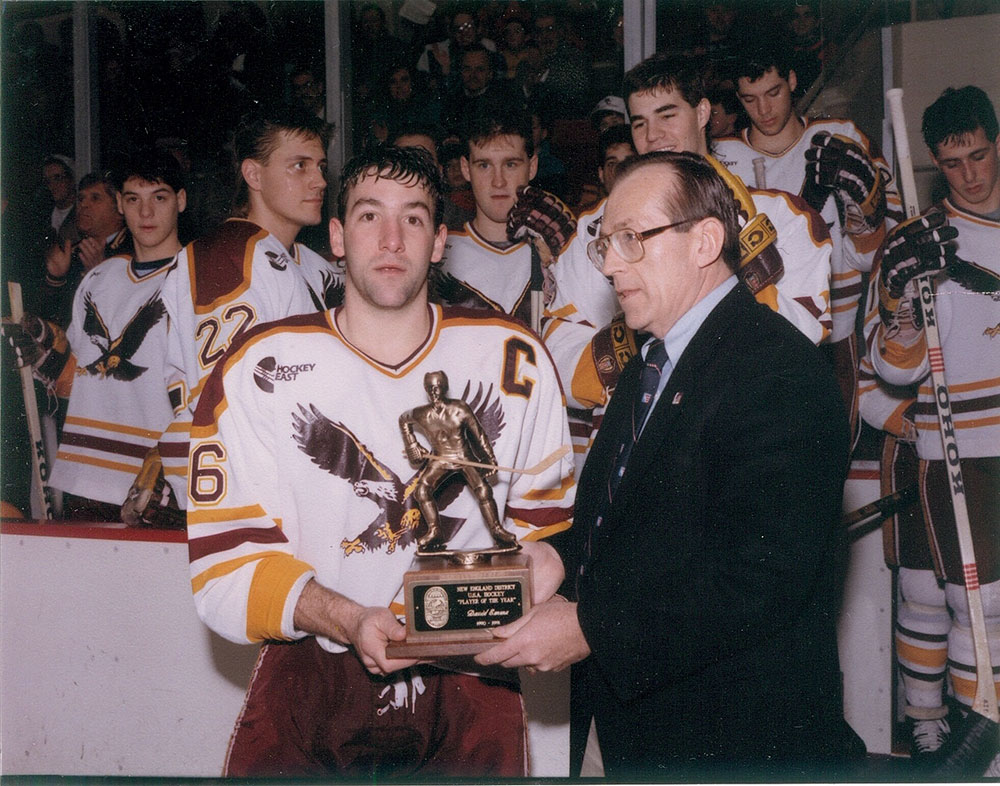 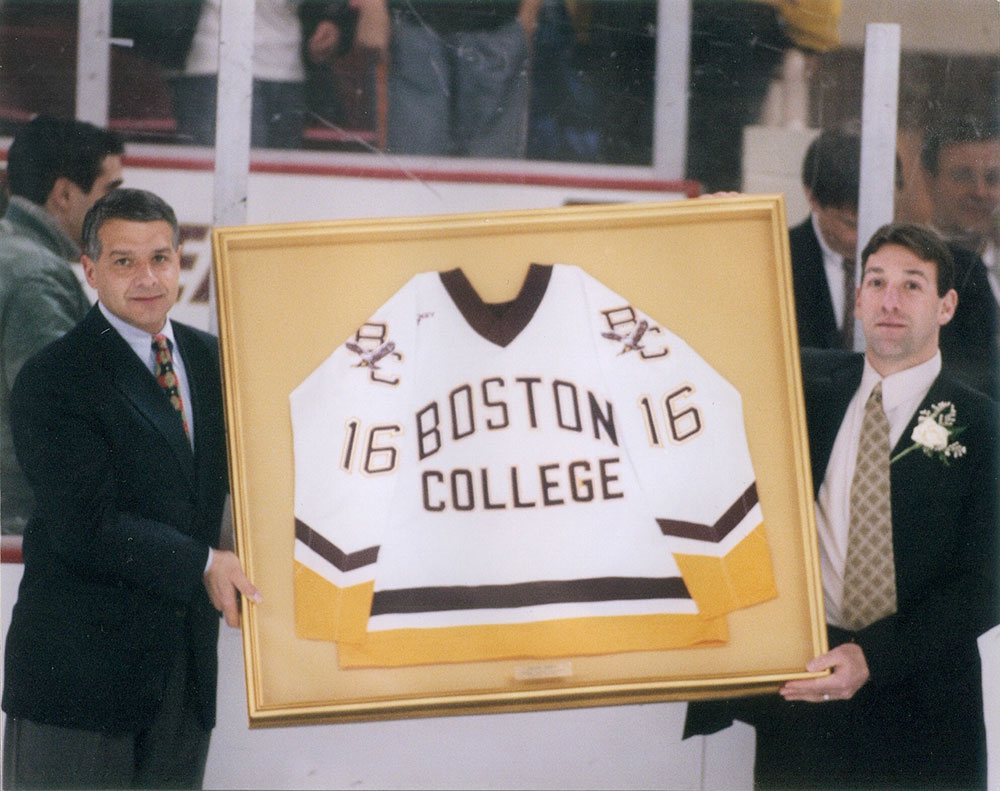