Digit Murphy was and continues to be a pioneer – not only in women’s hockey, but in all of women’s athletics. Born Margaret Pearl Degidio on December 7th, Pearl Harbor Day, “Digit” as she was nicknamed, grew up in Cranston at a time when girl’s sports were limited. Fortunately, she found hockey and the Cranston Panthers coached by Jackie Bogosian and Barbara Butler.

She graduated from Cranston East High School before moving on to play at Cornell University, where she earned All-Ivy honors in each of her four years. She was the Big Red’s team captain as a junior and senior while leading her team to two Ivy League titles. In 1981, she was named “Ivy League Player of the Year”, finishing her career with 123 goals and 90 assists, 3rd all-time at Cornell. The women’s hockey Most Valuable Player Award at Cornell is named after her.

Coaching came calling soon after. She took the helm of Brown University women’s hockey team in 1989. By 2011, her last as head coach, her Lady Bears had compiled records of .500 or better in 14 of her 22 seasons. In 1997, she won the ECAC/KOHO and the New England Hockey Writers’ “Coach of the Year” awards. During the 2006-07 season, a 3-1 victory over Boston University made Murphy, at that time, the most victorious coach in Division I women’s hockey history. Over her tenure, her teams made 3 National Championship appearances, captured 6 ECAC and 5 Ivy League titles, and produced 7 Olympians and 3 All-Americans. She ended her collegiate coaching career with 318 wins.

Murphy, a self-described “innovator and disruptor,” has also played a pivotal role in women’s international and professional hockey. On numerous occasions, Murphy has been involved with USA Hockey. She was a member of the 1998 Olympic Selection Committee and an assistant at the 1992 IIHF Women’s World Championships and the 1996 Three Nations Tournament. In addition, she coached the U.S. National Team at the Lake Placid Olympic Festival in 2004.

Murphy became head coach and general manager of the Boston Blades for the 2012-13 Canadian Women’s Hockey League (CWHL) season. She would lead the franchise to the 2013 & 2015 Clarkson Cup championships, along with an appearance in the finals of the 2014 Clarkson Cup. Murphy was named the 2013 CWHL “Coach of the Year”, the first and only female ever to win that award, and was the winning coach for Team Red in the inaugural Canadian Women’s Hockey League All-Star Game.

Murphy is co-founder of the Play It Forward Sport Foundation, which works towards gender equity at all levels of women’s sports. In 2016, Murphy co-founded United Women’s Sports LLC, an American professional sports company based in Providence, it’s first iteration
being the United Women’s Lacrosse League, the first-ever pro league for women’s lacrosse. 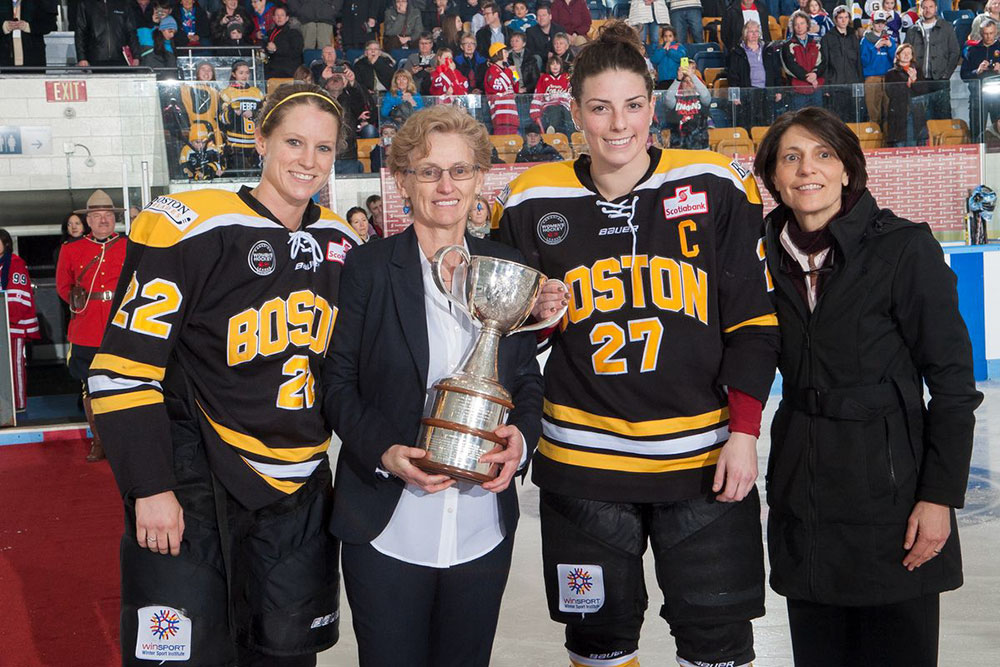 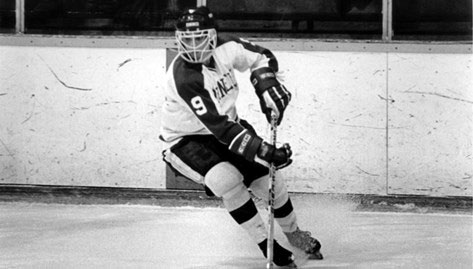 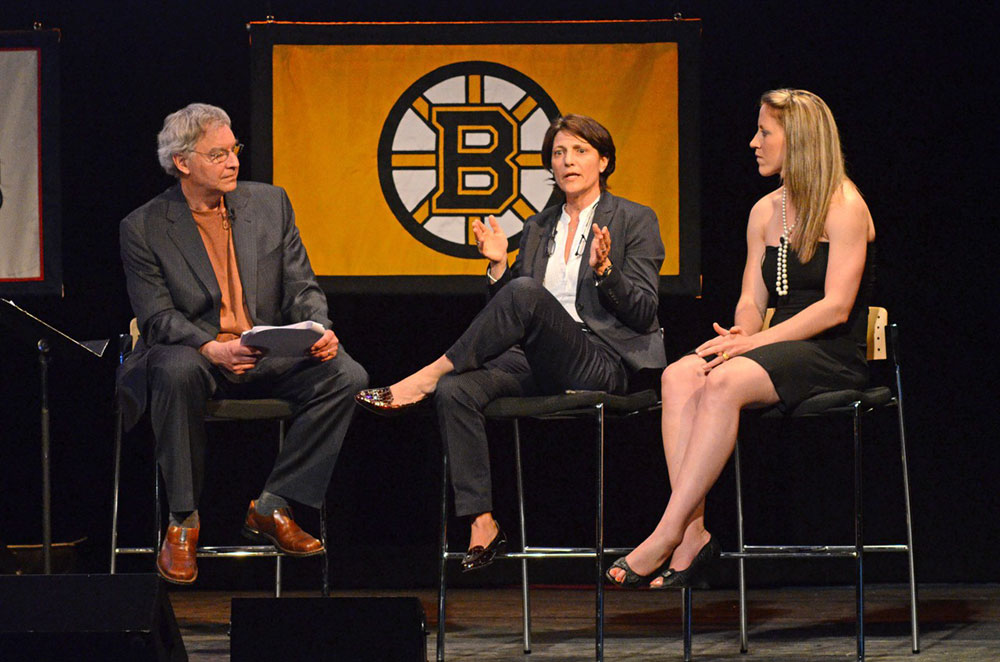 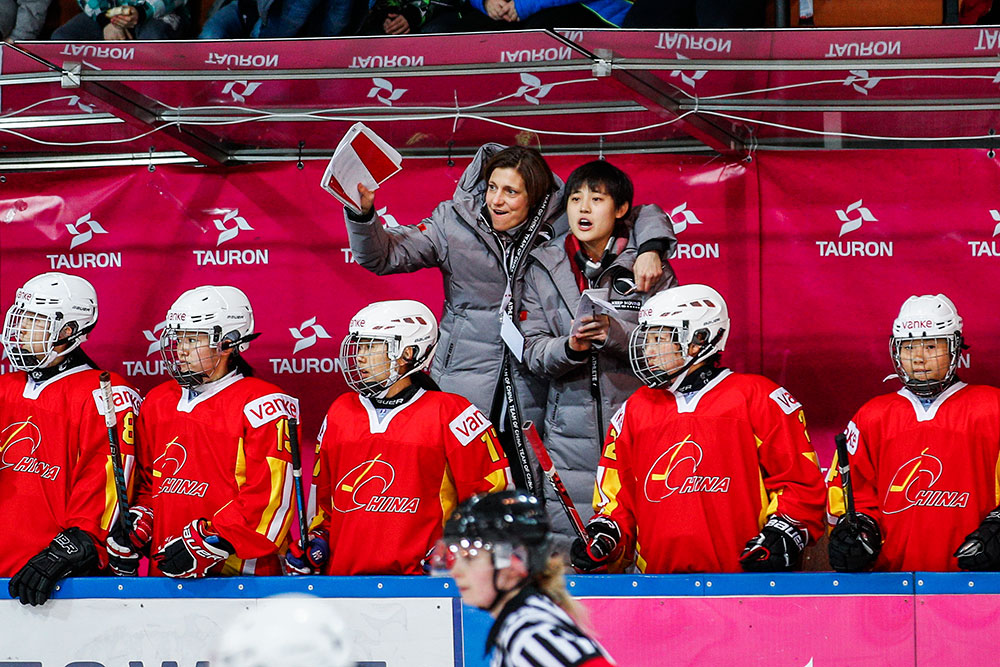 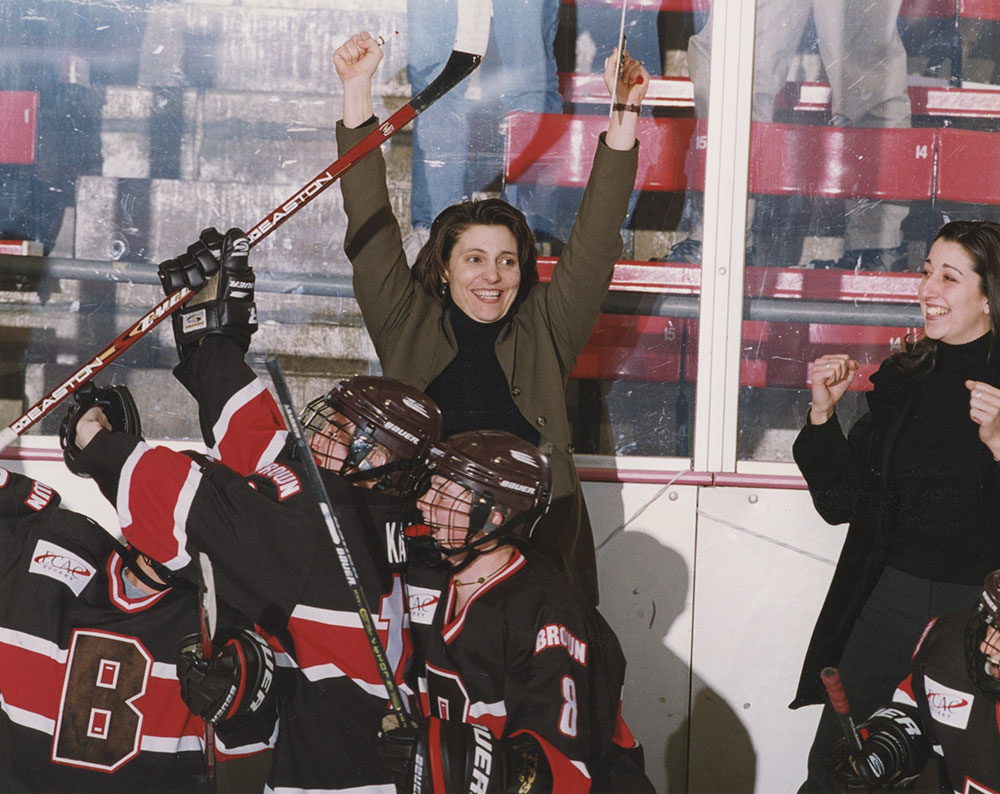