Brother Adelard, born in 1884, arrived in RI from Quebec in 1911. One year later, he organized his first hockey team at Sacred Heart Academy in Central Falls.

But it wasn’t all high school hockey.

During a period when the Mount’s hockey operations were suspended for a few seasons, his “Flying Frenchmen,” some of them future professionals, competed against all comers on New England’s amateur circuit.

In 1959, the Providence Reds of the American Hockey League held a Diamond Jubilee Celebration in honor of Brother Adelard for his contributions to hockey.

His 100th birthday in 1984 was proclaimed Brother Adelard Day throughout Rhode Island. He received letters from President Reagan and Bobby Orr, as well as plaques from Pope John Paul II and Jean Beliveau, patron saint of the Montreal Canadiens. 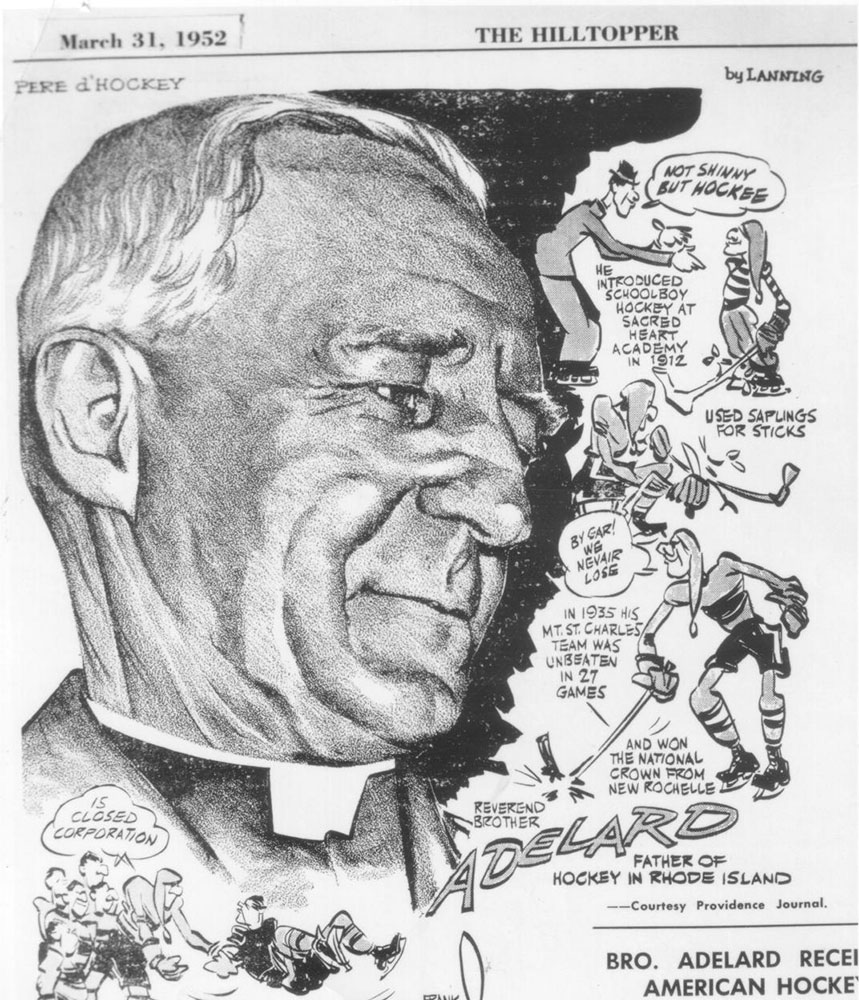