Inducted into the RI Interscholastic League Hall of Fame in 2015

Paul Guay was born in Providence in 1963 and raised in Woonsocket. He developed his hockey talents playing in the various youth hockey programs in northern Rhode Island.

Paul’s passion for the game blossomed when his father, the team physician for Mount St. Charles, began taking him to games at Adelard Arena There he fell in love of the pageantry surrounding Mount hockey. He would later star in that arena, earn All-State honors and be recruited to play for Lou Lamoriello at Providence College.

Paul was selected 118th overall by the Minnesota North Stars in the 1981 NHL Entry Draft. Under Lamoriello’s tutelage, he starred at Providence College, scoring 57 goals and 105 points in two years, setting the Friars’ single-season goal scoring record with 34 tallies in his sophomore season.

The high-scoring right-winger skipped his junior and senior years at PC after he was chosen to play with the US National Team. He proved a reliable goal scorer who could handle the rough going in the corners, a valuable asset in international play.

In 1984, he became the first Providence College Friar to play in the Olympic games, scoring a goal in six games for Team USA in Sarajevo. Immediately following the Olympics, the young forward joined the Philadelphia Flyers, who acquired him for Flyers’ veteran Paul Holmgren. Guay scored eight points in 14 games for the club but was relegated to the minors the following season.

In October of 1985, Paul was traded to the Los Angeles Kings where he played four years. He later played a handful of games for the Boston Bruins and New York Islanders but was chiefly an offensive sparkplug in the AHL and IHL during his last few years as a pro. In all, he suited up for four NHL teams, the Flyers, Kings, Bruins and Islanders.

In all, Paul played in the National Hockey League for seven years in the 80s and 90s, but attained most of his success in the minors.

Over his ten seasons of professional play, Paul showcased considerable scoring prowess with eleven teams, recording 20 goals or more in five campaigns. He retired after the 1993 season with the Springfield Indians and after scoring in double digits for a sixth consecutive season. 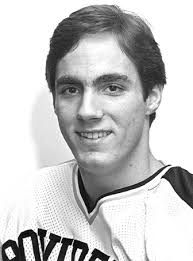 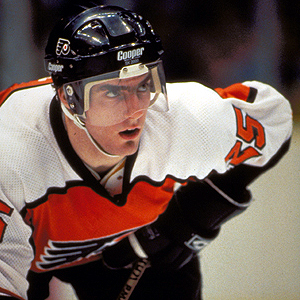