Inducted into the RI Heritage Hall of Fame in 1968

Ralph was born in Cranston in 1924. Nicknamed “Benny” as a youth, Ralph starred on CYO teams in his Edgewood neighborhood before becoming an All-State hockey selection at LaSalle Academy in 1941. He then went on to star at Dartmouth College where he helped them on their way to a 46-game wining streak, while also taking part in the Dartmouth Naval ROTC program.

A prolific scorer, he was described by his USA Hall of Fame mentor, Ed Jeremiah, as “the best back-checking, hardest-working forward I have ever coached.” His teammates concurred, voting Ralph captain of the Big Green team that captured the 1947 national championship. Later that year, under the team name of the Hanover Indians, Ralph’s Dartmouth squad captured the National AAU title in Providence.

A powerful skater and deft puck handler, Warburton was a member of the American Hockey Association team chosen to play in the 1948 Winter Olympics in St. Moritz. Fellow Rhode Islander and former Dartmouth teammate, George Pulliam, was a member of the rival AAU contingent. Because of a dispute that arose over which squad should represent the U.S., both teams were disqualified by the International Olympic Committee.

Eventually the parties agreed to allow Ralph’s AHA team to play but they would receive no official ranking in the Olympic tournament, and they would not be eligible to win a medal. However, Warburton did not disappoint. He scored a remarkable 16 goals and 5 assists in the USA’s eight Olympic contests.

On his return to the USA, Ralph helped Lou Pieri’s RI Scarlets to the Atlantic Amateur Hockey League championship and then to the National AHA title in Ohio. He would go on to play professionally at the minor league level, turning in several high-scoring seasons, including a 33-goal campaign with the Boston Olympics in 1951.

In 2018, he was honored by the RI Hockey Hall of Fame as the organization’s first recipient of the annual Malcolm Greene Chace Memorial Award given for “Lifetime Achievement and Contribution of a Rhode Islander to the Game of Hockey”.

He worked many years as a stockbroker. He sadly passed away on Christmas Day 2021 just weeks shy of his 98th birthday. 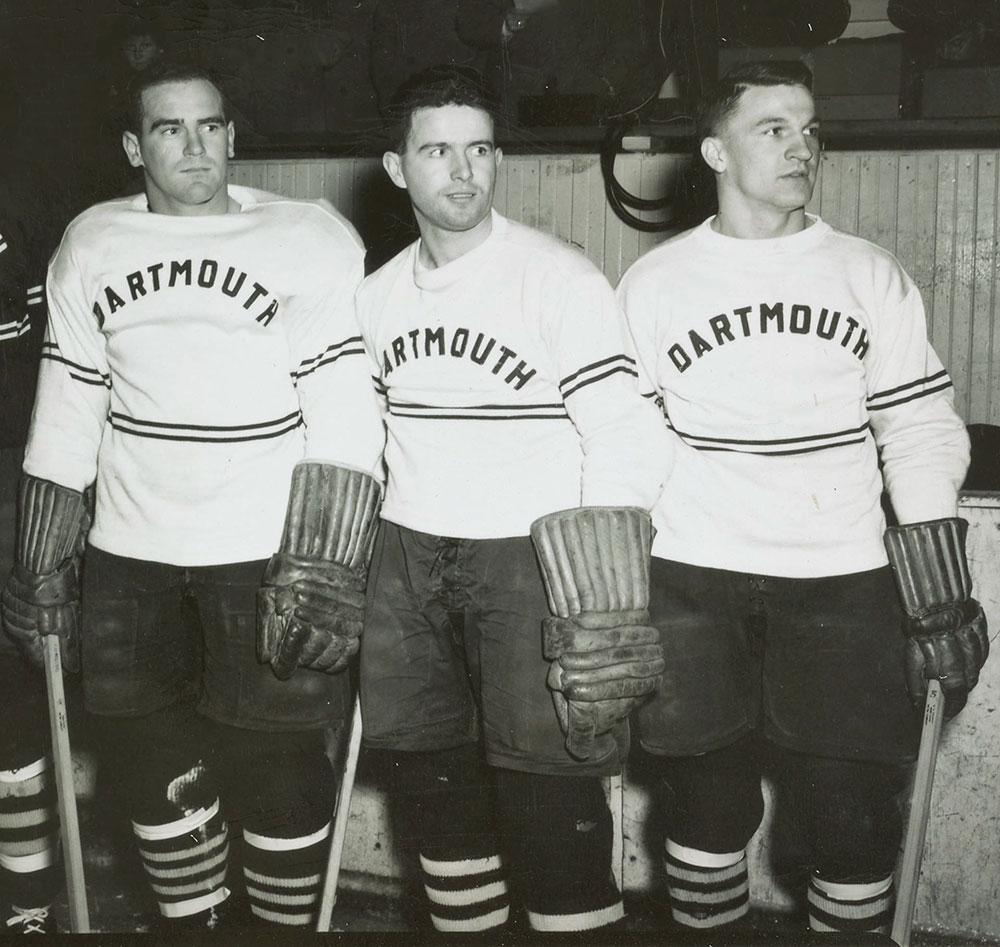 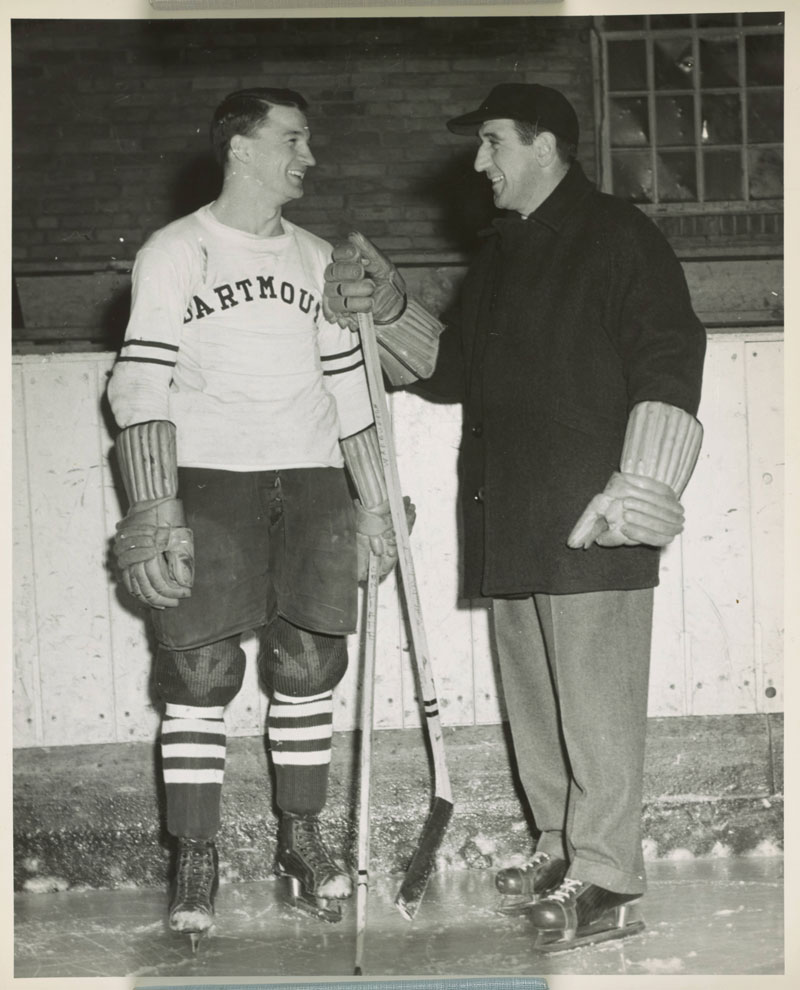 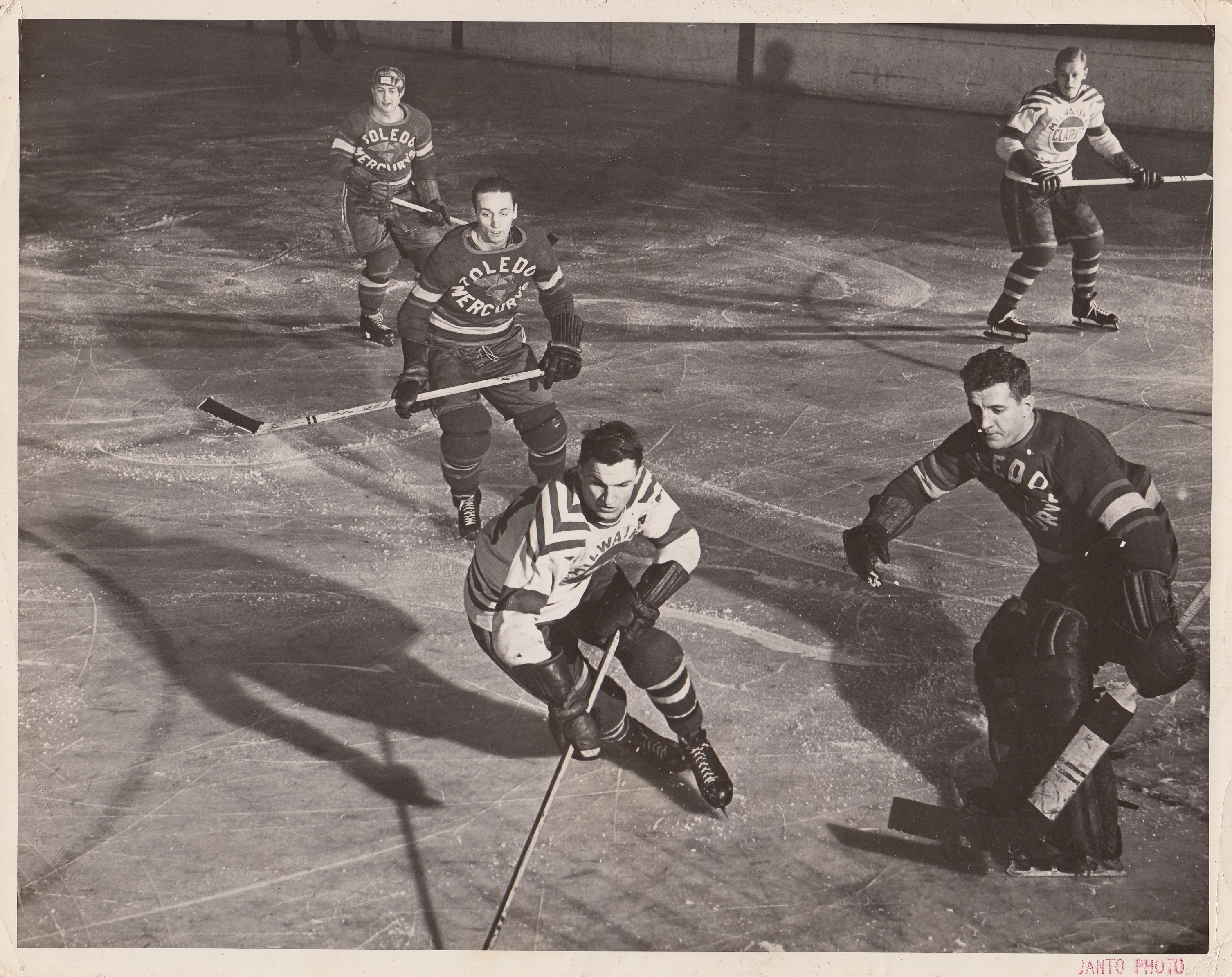