If it were not for long-time Dartmouth coach and U.S. Hockey Hall of Famer, Eddie Jeremiah, Rhode Island’s Dick Rondeau might have wound up starring for the Boston Bruins rather than becoming one of Dartmouth College’s all time greats.

Rondeau, born December 18, 1921 in the capital city, was a heralded high school player. He began his schoolboy hockey career at Hope, known as Hope Street at that time, earning All-State honors in 1938. The following year, his senior year, he enrolled to play at Mount St. Charles. It was a remarkable season for both player and team, which was proclaimed unofficial national champion based on its record of 21 wins and two losses. Rondeau won the Interscholastic League scoring title with 27 goals and 11 assists.

The following year, Rondeau joined the Boston Junior Olympics, then a Boston Bruins’ farm team. The Olympics played the major Eastern colleges and were runners-up in the national junior tournament. It was then that Dartmouth’s legendary coach, Eddie Jeremiah, entered the picture, convincing Rondeau to enroll with the Big Green, rather than continue with the Olympics.

After a solid freshman season, the winger centered the famous line of Jack Riley, also a U.S. Hall of Fame member, and Bill Harrison, as Dartmouth was proclaimed national champions in 1942. The team won 21 games and lost only 2 while Rondeau led the nation in scoring with 45 goals and 32 assists. But there was more to come. With fellow Rhode Islanders, Ralph Warburton and George Pulliam also starring, Dartmouth would go on to win 41 consecutive games over his four years. Rondeau was at the center of it all.

In 1943, Rondeau minted an NCAA first – both captaining his team and also serving as coach when Jeremiah entered the Navy in mid-season. He was captain again in 1944. Over his four-year college career, Rondeau shattered nearly all of the school’s scoring records, tallying 103 goals and 73 assists for an average 4.4 points per game. At one point, he held eight NCAA collegiate hockey records, some of which he still holds including most goals (12) and assists (11) in one game.

After graduation, Rondeau entered the Marine Corps and played for San Diego in the Pacific Coast League while stationed in California. A recreational swimming accident at a rest area on Iwo Jima during WWII ended his active playing career in 1945, but not his involvement with the sport.

The post war years saw him coach at both Holy Cross and Providence College. In 1952, after a 26-year absence, Providence College would once again suit up a hockey team and they recruited Dick Rondeau to lead them. He would coach the Friars through the 1952 to 1956 seasons. He later served as a linesman in the American Hockey League.

Dick later moved to Texas, where he continued to remain active in youth hockey and serve as a minor official in the Central League. Rondeau passed away in Dallas in 1989. 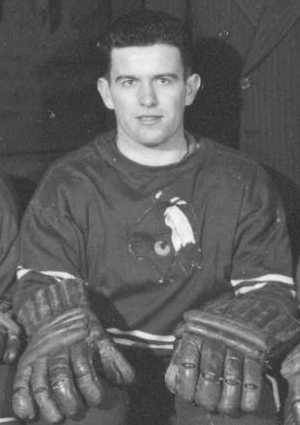 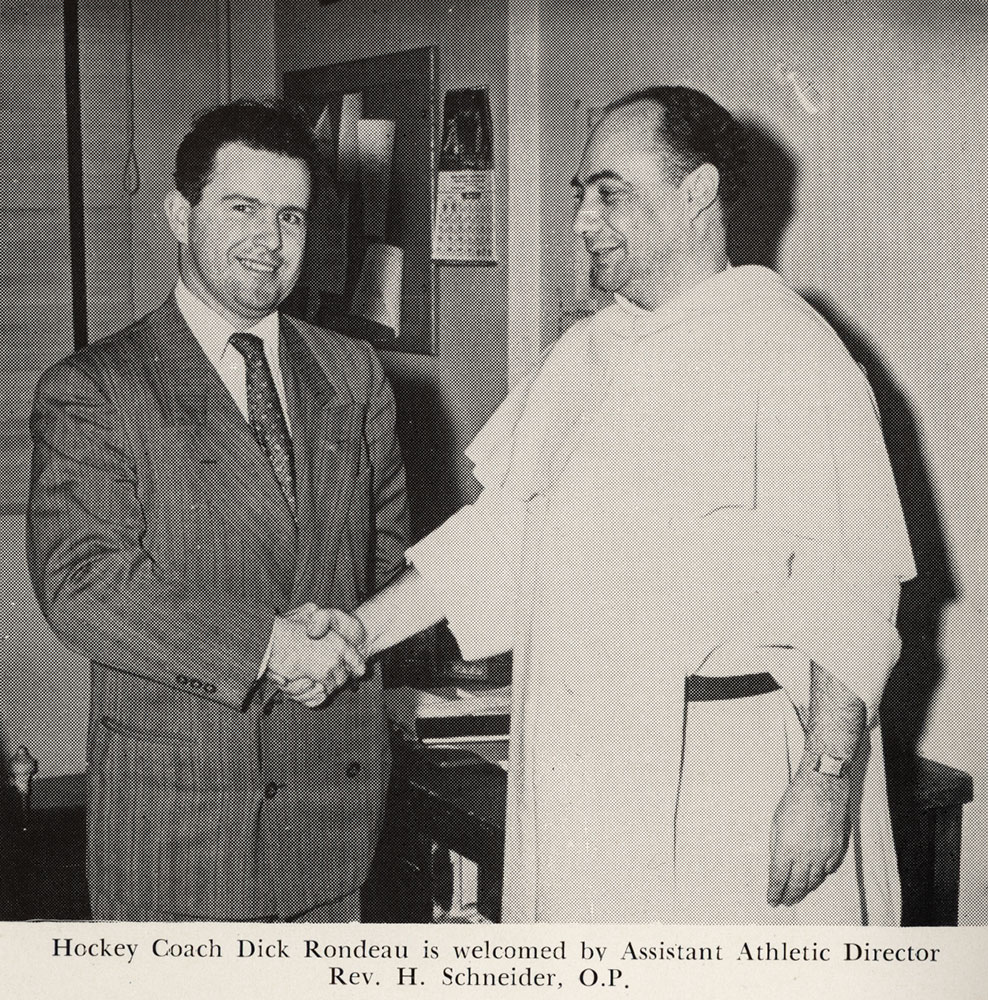 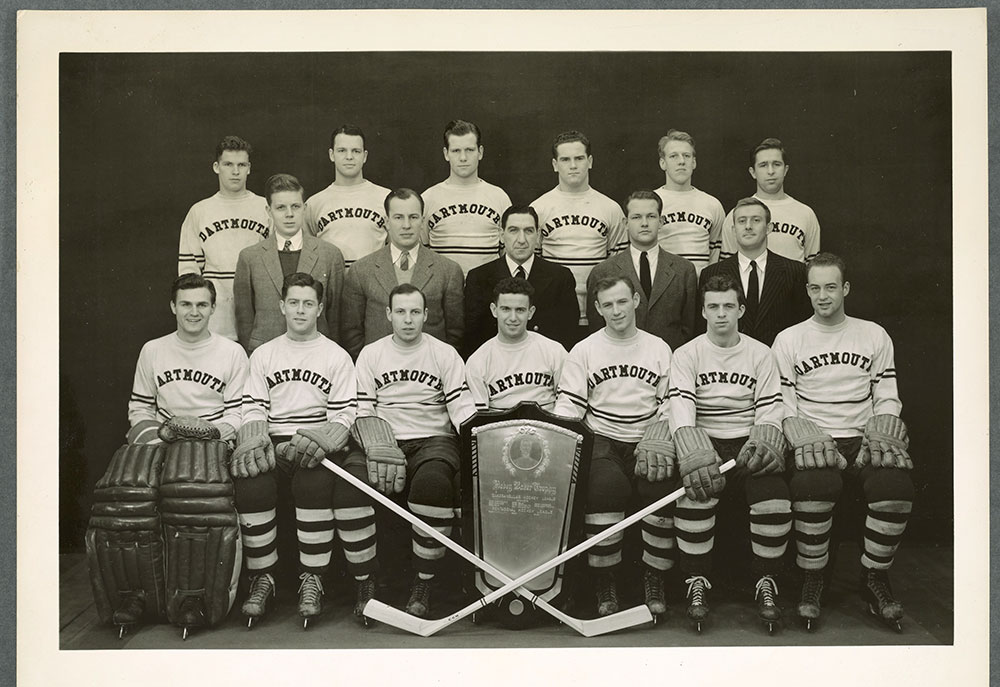 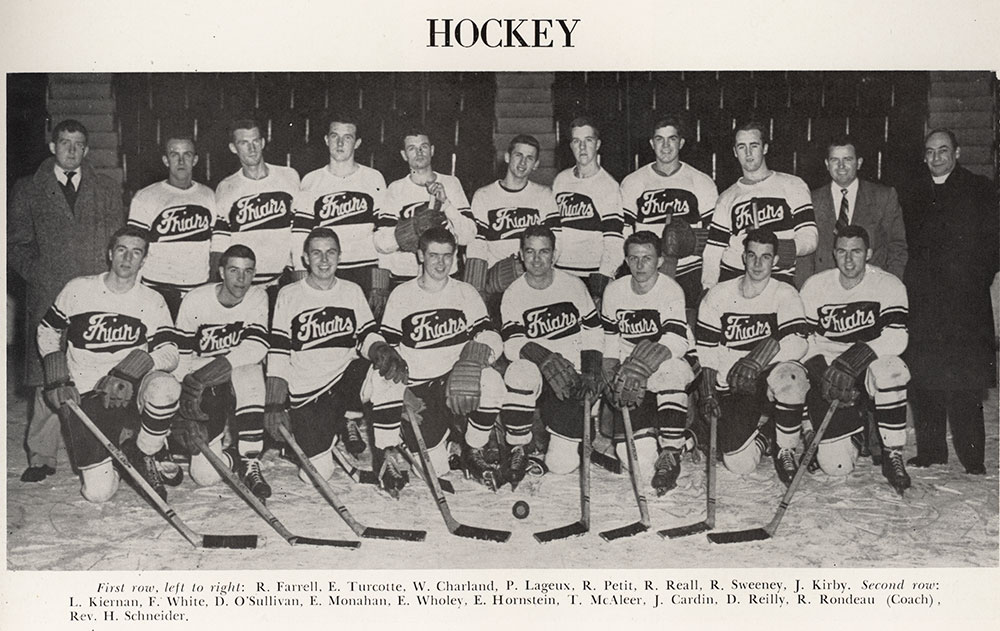