RI’s Hockey Coaches: A Legacy of Stardom and then Paying it Forward

Many ex-RI Reds coached at all levels of the game all over the continent after their time in Providence – names like Bessone, Blake, Cook, Flaman, Polano, Reardon, Schmidt, and Sinden, to name just a few.

Fortunately, many of those Reds we cheered for settled in Rhode Island and paid the favors forward by coaching their children and then ours.

There were those like Harvey Bennett, Sr., Serge Boudreault, Ross Brooks, and Zellio Toppazzini, among others, who coached youth teams and held popular coaching clinics over the years. Some went on to coach school teams, as well – Serge at Cumberland, Ross at Lincoln, and Topper at Providence College. 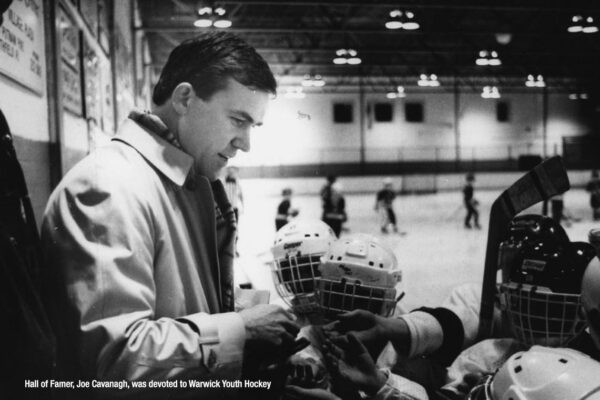 The same is true for many, many local Rhode Islanders who starred in high school, college and/or the pros and then gave their time to pass on their knowledge and breed new generations of RI players and future stars.

Remarkably, in the very early years of Reds history, a number of players actually coached school teams while actively playing with or managing the Reds.

There were a number of reasons why they would and how they could. The first was to earn another paycheck. Organized pro hockey leagues were still in their infancy and the pay was meager, especially in the ‘20s and ‘30s.

Another reason was passion for the game. In the vernacular of the time, Art Lesieur, the most notable among these multitasking players, was once quoted, “There is a wallop in working with the young fellows and seeing them come along. That’s my line.”

Perhaps the most significant reason Art and others could manage the logistics of coaching a school team while also playing for the Reds was the RI Auditorium. The Arena, home of the Reds since it opened in 1926, was the only indoor ice rink in the state. Every RI high school and college team practiced and played there. There was no travel. The teams came to the home of the Reds.

One of the big beneficiaries was Brown University. Jimmy Gardner, who coached the Reds in its inaugural 1926-27 campaign, also coached Brown that season. The following two seasons, those duties were taken up by Jean Dubuc, the Reds GM and later the team President.

In 1938, the great Lesieur, winner of 5 championship Cups with the Reds and a Stanley Cup with the Montreal Canadiens, negotiated a hat trick of duties playing for the Reds and taking over Brown’s coaching reigns – while also coaching and launching Mount St. Charles Academy into the history books. (One wonders if he ever took his skates off.) 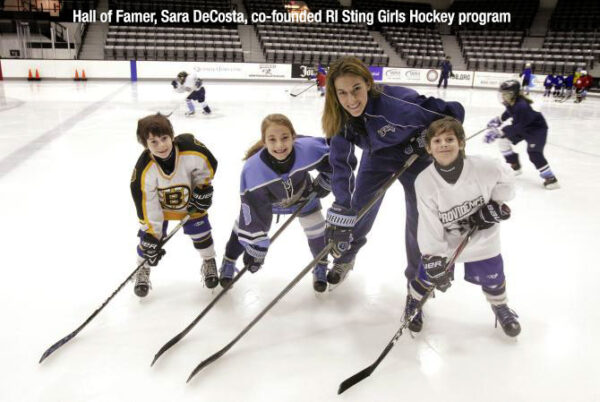 Indeed, from 1932 to 1940, Lesieur led the legendary MSC schoolboy hockey program to its first five Rhode Island titles, three New England titles, and two National titles. Over that time, he mentored a number of Mounties on their way towards outstanding pro careers, including AHL Hall of Famer Fred Thurier and the Reds’ Roger Bedard.

Providence’s Classical High School reaped the benefits of Reds’ coaching even earlier. In 1926-27, Bernie “Speedy” Brophy, playing for the Reds while under contract with the Montreal Maroons, guided Classical to a winning season.

The following year, Archie Wilcox, who played here from 1926 thru 1929, replaced Brophy at Classical while teammate Charlie Langlois took the reigns at Moses Brown.

RI’s owes its rich hockey heritage, in great part, to the tradition of paying it forward begun by the early Reds. It continues to this day as fathers, and, more recently, moms, take their passion for the game with the knowledge they learned on the ice and pass the puck with an experienced hand to the next generation.