Rhode Island has been known for many, many successful and influential coaches at all levels of the game over the past century – Belisle, Eccleston, Mousseau, Cimini, Lamoriello, Ernst, Fullerton, Degidio, Mandigo, Crins, Army, Augustine, Wilson, Hynes, Capuano, Leaman, McCurdy – to name just a few.

One name that stands especially tall is that of Bob O’Connor for whom the Coach’s Library at the US Hockey Hall of Fame Museum is named. 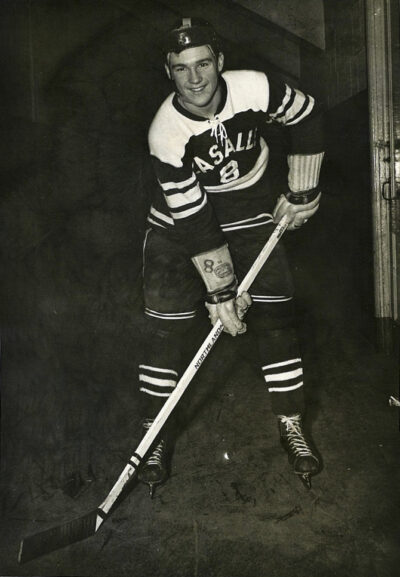 Bob, known as “OC”, was a lifelong student, teacher and fan of the game of hockey. He was born in Providence in 1935 and was a star forward at LaSalle Academy, playing on their state championship team in 1954. He was voted All-State in both ’53 and ’54 and voted top player in Rhode Island in his senior year. He also was on the New England Tournament of Champions squad in ’54.

Bob went on to post-grad studies at Hebron Academy in Maine before serving two years with the US Marine Corps. After his tour, he enrolled at Providence College where he played with line mate Lou Lamoriello.

After graduation, O’Connor moved to Edina, Minnesota, the home state of his wife, Alice. There, he fell in love with coaching.

From 1969-1978, “OC” coached youth hockey in Edina, winning State Championships at the Midget, Peewee and Squirt levels. He also was the JV Coach at Edina High School for 25 years, amassing a record of 423-48-22.

After his coaching career in Edina, Bob moved on to work with USA Hockey, becoming Assistant Coach for the 1984 and 1988 USA Olympic Men’s Hockey teams. Bob was a member of the USA Hockey Committee for 35 years and is Director Emeritus for the Board of Directors of USA Hockey. 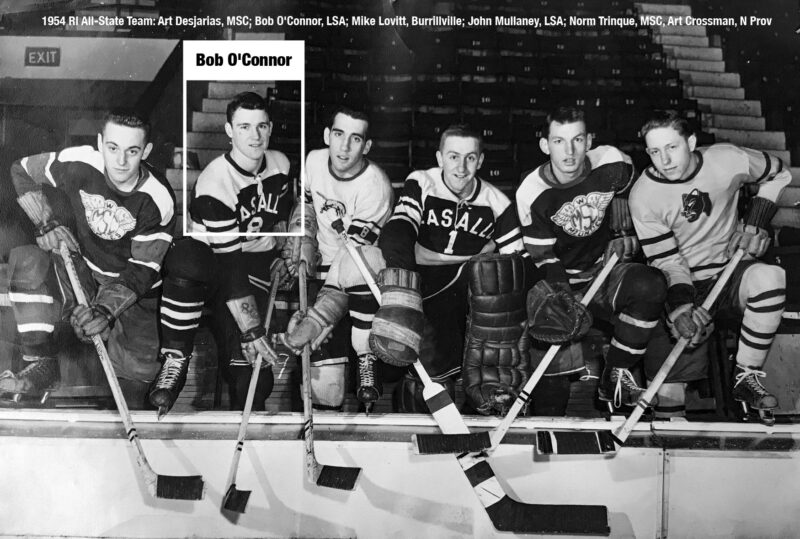 Bob was a professional scout for the Toronto Maple Leafs and worked with the Buffalo Sabers during their preseason training camp. He was also awarded the Lifetime Achievement Award by the Minnesota Wild in 2014. He received the prestigious Builders Award, one of several honors bestowed on him by USA Hockey for his life-time contributions to the game.