The story of the birth of the RI Auditorium and that of the Providence (RI) Reds began nearly 100 years ago with local businessman and hockey enthusiast Hubert C. Milot. 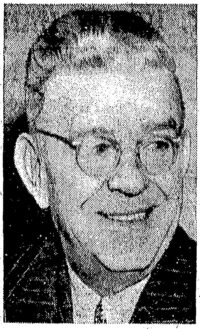 Born in New Bedford, Hubert’s family moved to Providence, where he was educated at LaSalle Academy. He attended university at St. Mary’s College in Montreal. At St. Mary’s he befriended classmate Leo Dandurand, a hockey-playing fellow American, who would later come to own, manage and coach the Montreal Canadiens and be inducted into the Hockey Hall of Fame in Toronto.

Milot had become enthralled with hockey. In the 1920’s and now an Olneyville textile mill owner, Hubert marveled at the escalating popularity of professional hockey and saw the National Hockey League’s burgeoning desire to expand beyond its Canadian borders into the northeast United States as an opportunity for Rhode Island. Milot was so convinced of Providence’s potential that he explored the feasibility of establishing an NHL franchise for the capital city in the spring of 1924, the second U.S. city after New York to do so. There was one big problem to overcome, however – Rhode Island had no hockey arena.

In his book The NHL, A Centennial History: 100 Years of On-Ice Action & Boardroom Battles, author D’Arcy Jenish describes how the then 36-year-old Milot traveled to “Montreal to sound out the possibilities of acquiring a franchise, though the city did not have a rink of any kind.” He attributed the following quote to Milot: “There are tremendous possibilities there. Providence is the centre of a thickly populated district of fine sporting proclivities and hockey is now extremely popular. Thousands are out skating at every opportunity.”

Upon his return to Providence and undeterred, Hubert set his sights on creating a showcase for sports and entertainment that would not only rival but surpass any other venue in New England. He then chose an ideal site centrally located in one of the state’s most accessible and populated areas. The piece of land at 1111 North Main Street sat between Second and Third Streets and, if everything fell into place, would host professional, amateur, scholastic, and collegiate athletics, as well as ice and roller skating, boxing, and a vast variety of community and family-oriented entertainment events. 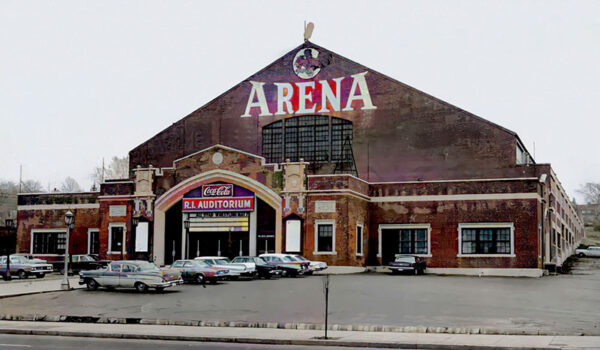 In April 1925, Milot unveiled detailed plans for a $500,000, 8,000-seat arena, which quickly gained the avid support of influential RI businessmen and civic leaders. Ten months later, on February 27, 1926, the RI Auditorium held its official grand opening. With a capacity of 6,000 seats, it was smaller than originally proposed but, as Milot had promised, larger and more impressive than the Bruins’ Boston Arena.

Bold, white, upper case letters declared “ARENA” above the Auditorium’s entrance to highlight the red brick façade and provide a roost for the iconic Raging Rooster painted just below the gable peak. 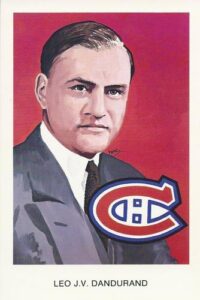 With Milot serving as the Auditorium’s general manager, ice skating exhibitions and amateur, high school and collegiate hockey were regular attractions. Above all, the main attraction was the Reds with players supplied by Milot’s longtime friend, Leo Dandurand, and his Montreal Canadiens.

Milot also co-owned the Quebec Beavers franchise of the new Canadian-American Hockey League, which the RI Reds would compete in. To foster local interest in pro hockey and the coming Reds’ season, a three-game round robin series was arranged between the Canadiens, Boston Bruins, and New York Americans in late March after their regular NHL seasons ended. It was a success. The Reds made their debut in the Can-Am League on December 2, 1926, losing to the Springfield Indians, 7-1, in front of some 2,500 fans, less than half the Auditorium’s capacity. But that would change – dramatically. 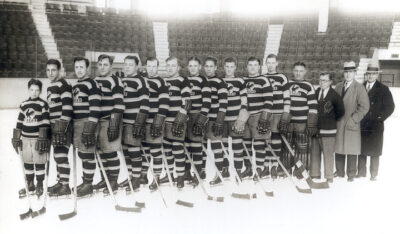 For the next 10 seasons, the Reds would serve as the farm team of the Montreal Canadiens. They captured the first of their three league titles during that period in 1930, building the foundation for one of the most successful and iconic franchises in minor league hockey history while developing talent for the Canadiens’ rise to NHL prominence. 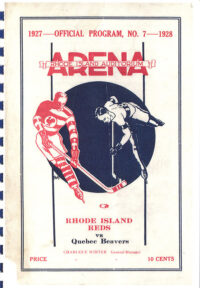 Throughout the early years and those that followed, hardly a day would go by without the Auditorium offering some activity or entertainment for the southeastern New England community to enjoy – public skating, ice shows, boxing, roller derby, wrestling, concerts, conventions, circuses, rodeos, basketball, and, of course, hockey games and tournaments.

In 1946, with Lou Pieri now the owner and general manager of both the Reds and the Auditorium, Milot was presented with a silver-engraved lifetime pass to the Auditorium. It was a reflection of Pieri’s graciousness to commemorate and recognize Milot’s dream and his role as the catalyst for the arena’s construction and his enormous contributions to professional and amateur hockey in Rhode Island, as well as creating the stage for the myriad of events that would entertain Rhode Islanders and the surrounding region over the following 30+ years. 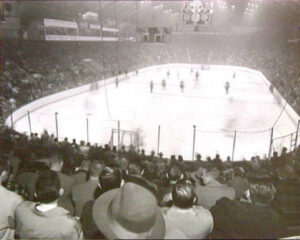 “We used to have trouble giving tickets away,” he recalled as the Auditorium turned 20 years old. “We’d flood downtown Providence with 2,000 passes, but only 200 or 300 would accept. That’s how difficult it was at the start to interest folks in pro hockey, but the game gradually took hold and look at the peak it has attained now. You’re lucky these days if you’re able to purchase a ticket in advance.”