When visiting the Boston University athletics website, the entry on their Terrier hall-of-fame goalie, long-time NHL executive and Rhode Island native, Jack Ferreira, reads: “Ferreira, who was legally blind and nicknamed ‘Mr. Magoo’ by his teammates, gave up just 2.0 goals a game and recorded eight shutouts.” While his stats are exceptional and indisputable, the first part of that sentence may raise the eyebrows of skeptics.

Let the record show that said skeptics are right to evoke disbelief. As many may know, locker rooms aren’t just for lacing up skates and listening to pre- and post-game speeches, they are also breeding grounds for practical jokes and pranks – and THIS has to be among the longest pranks in locker room history.

An All-State and All-New England goaltender while at Providence’s LaSalle Academy, Ferreira proved to be a budding talent between the pipes, which earned him a scholarship to play for Boston University. In his junior year (1965), Ferreira gained a heaping amount of national attention as he helped lead the Terriers to a 25-6 record and recognition as an All-American.

During the ‘65 season, his stellar play resulted in so much hype that New York Times legendary sports writer, Red Smith, decided to pay the groundbreaking goalie a visit with the Terriers suiting up to play Northeasterm in the opening round of the 13th annual Beanpot Tournament at Boston Garden.

Ferreira had four shutouts at the time of his interview and would finish the season with eight, an NCAA record at the time. Jack would end his collegiate career with 13 whitewashes, also a record at the time and eventually tied by Hockey Hall of Famer, Ken Dryden, at Cornell.

Upon entering the locker room for the interview, Smith asked Ferreira’s teammates where he could find the young goaltender, to which one teammate called out, “Mr. Magoo?!” Smith questioned this nickname, and the teammate responded, “because he’s legally blind.”  Smith never questioned Ferreira’s sight during their interview, as perhaps he did not find it surprising, or perhaps he did not want to embarrass the star-netminder who was already wearing a shiner that would linger for the balance of the season. However, the Times went on to title the article Mr. Magoo, as Smith opened with the words:

“On Television, Mr. Magoo is a fumbling little cartoon character with Jim Backus’ voice, whose eyes are so weak he tips his hat to lampshades. On skates, Mr. Magoo is a little guy with eyes so weak he is “legally blind,” whose specialty is fielding a spinning wafer of vulcanized rubber rocketing past him at 90 miles an hour.”

If Smith had questioned Ferreira about his sight, this joke might have never seen the light of day. Evidently, his “legal blindness” has taken on a life of its own, to say the least.

Ferreira, or “Mr. Magoo,” went on to become the general manager for the New England Whalers, Minnesota North Stars, Anaheim Ducks, and San Jose Sharks. He has served in executive capacities for nine NHL franchises, has his name engraved on 2 Stanley Cups with the LA Kings, and is currently the Senior Advisor to the General Manager of the Minnesota Wild. 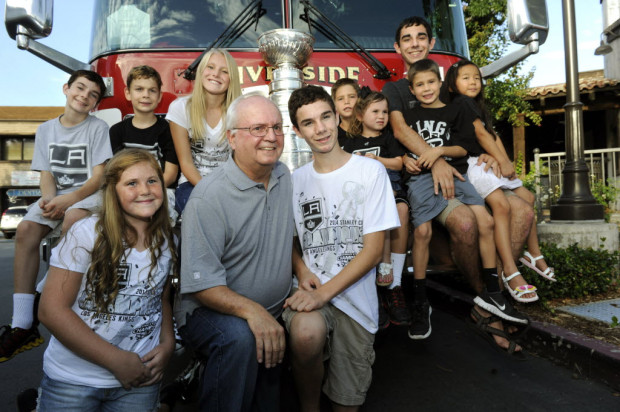 Though his eyesight for evaluating talent is 20/20, this nickname of implied optical impairment has followed him throughout his fruitful career. It has since been used as a primary descriptor in most articles and bios on Ferreira. Its legendary status led Chairman of the Rhode Island Hockey Hall of Fame, Vincent Cimini, to raise the subject in a recent conversation with Ferreira, a member of the Hall’s Class of 2020.

Both being former goaltenders for Providence’s LaSalle Academy, Cimini regaled in the fact that both men happened to have backstopped the Academy to championships. Cimini, in utter awe and amazement, added, “and you did it all while being legally blind!” To which “Mr. Magoo” let out a hearty laugh, and went on to explain the truth behind arguably one of the longest pranks in locker room history.

Straight from the mouth of the man, the myth, and legend, “Mr. Magoo” recently brought this story into focus during a phone conversation with this author: “The joke never bothered me…because I used to wear contacts, and now I have had cataract surgery and don’t need to wear glasses, so I have come full circle!”  Ferreira added despite being called “Mr. Magoo” by his former teammates, today most hockey people know him as “Racecar.” … And that’s a story for another day.